All these photographic thoughts are going through my head.  I'm getting a new lens next week.  So I thought about getting some new software to do HDR and black and white conversions.  I'm trying out the Nik Software Collection.  The first thing I did was open a raw image I made with my Nikon D200 a few years ago of a snowy owl. 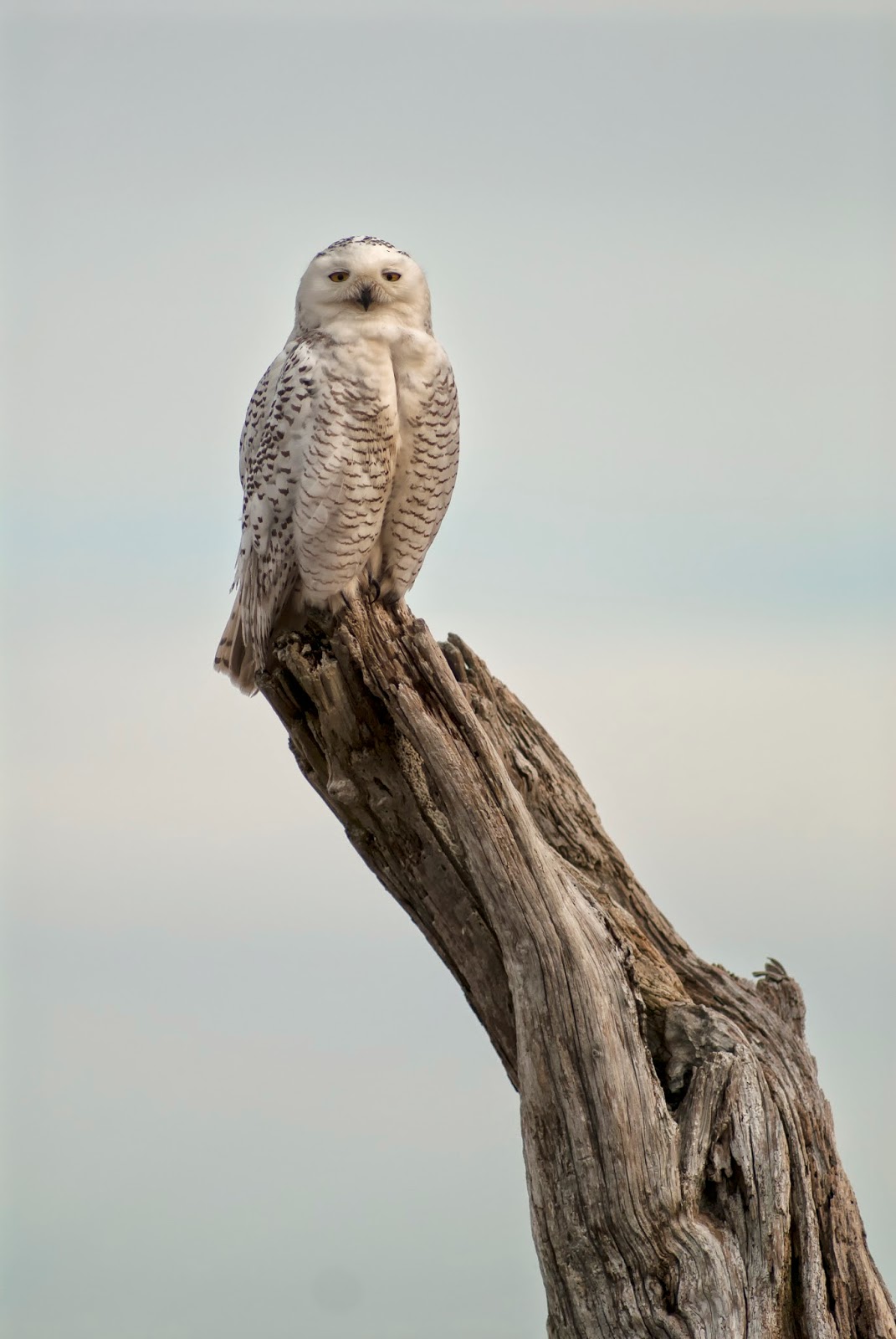 I remembered a lot of noise in the shadows below the owl. So the first thing I did was open the noise reduction program, DFine.  No more noise!  Then I played with all the selection tools...Blah blah blah.

Next I opened up a raw image in Lightroom that I had taken with my D600 of a hummingbird.  The depth of field was tiny in that image, and the little bird had flown out of true sharpness, and it has a glare problem, as I was shooting through a screen. 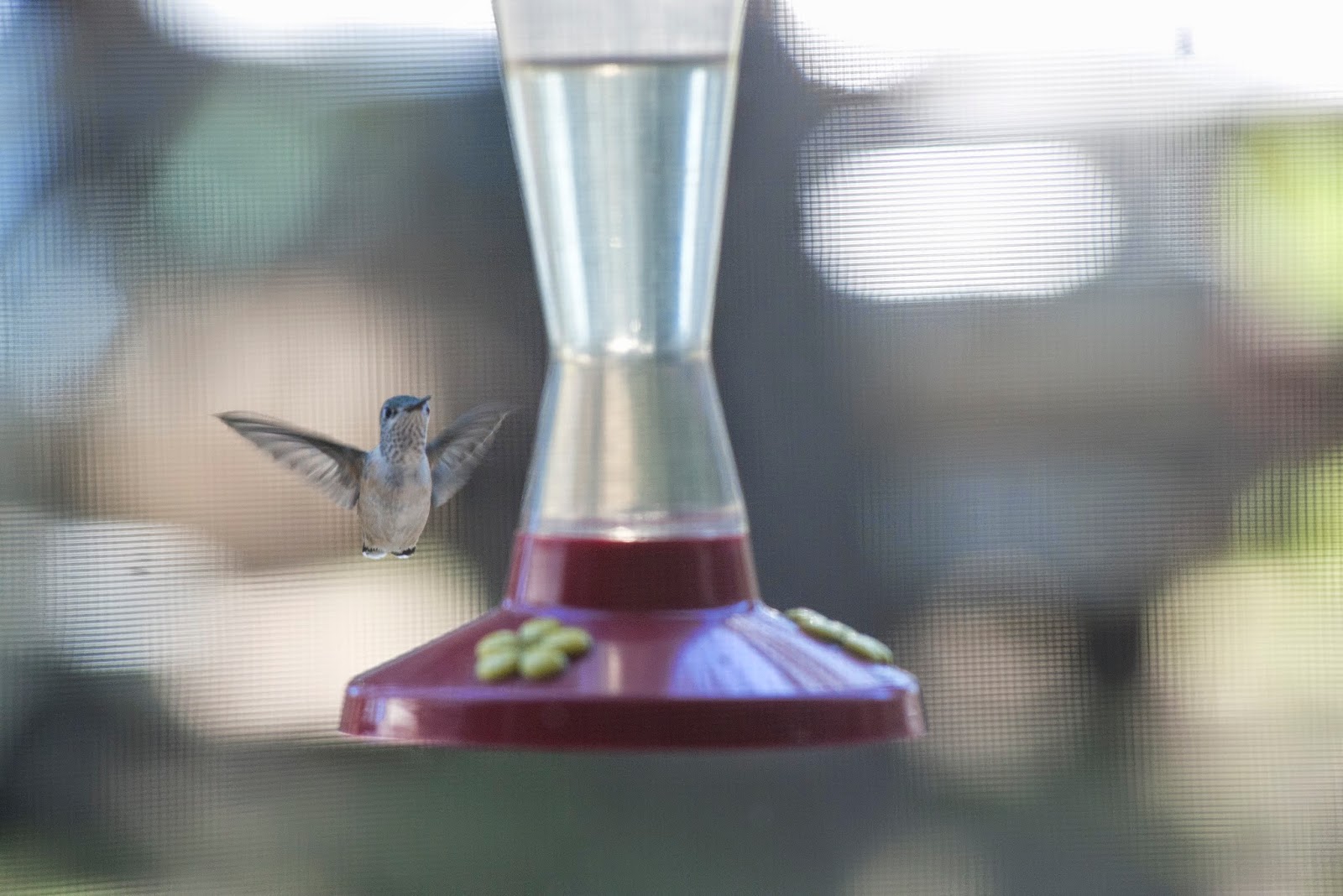 So I thought I could make it better.  First I took it into the Sharpener Pro and sharpened it up a bit, then I went into Color Efex Pro, and did this... 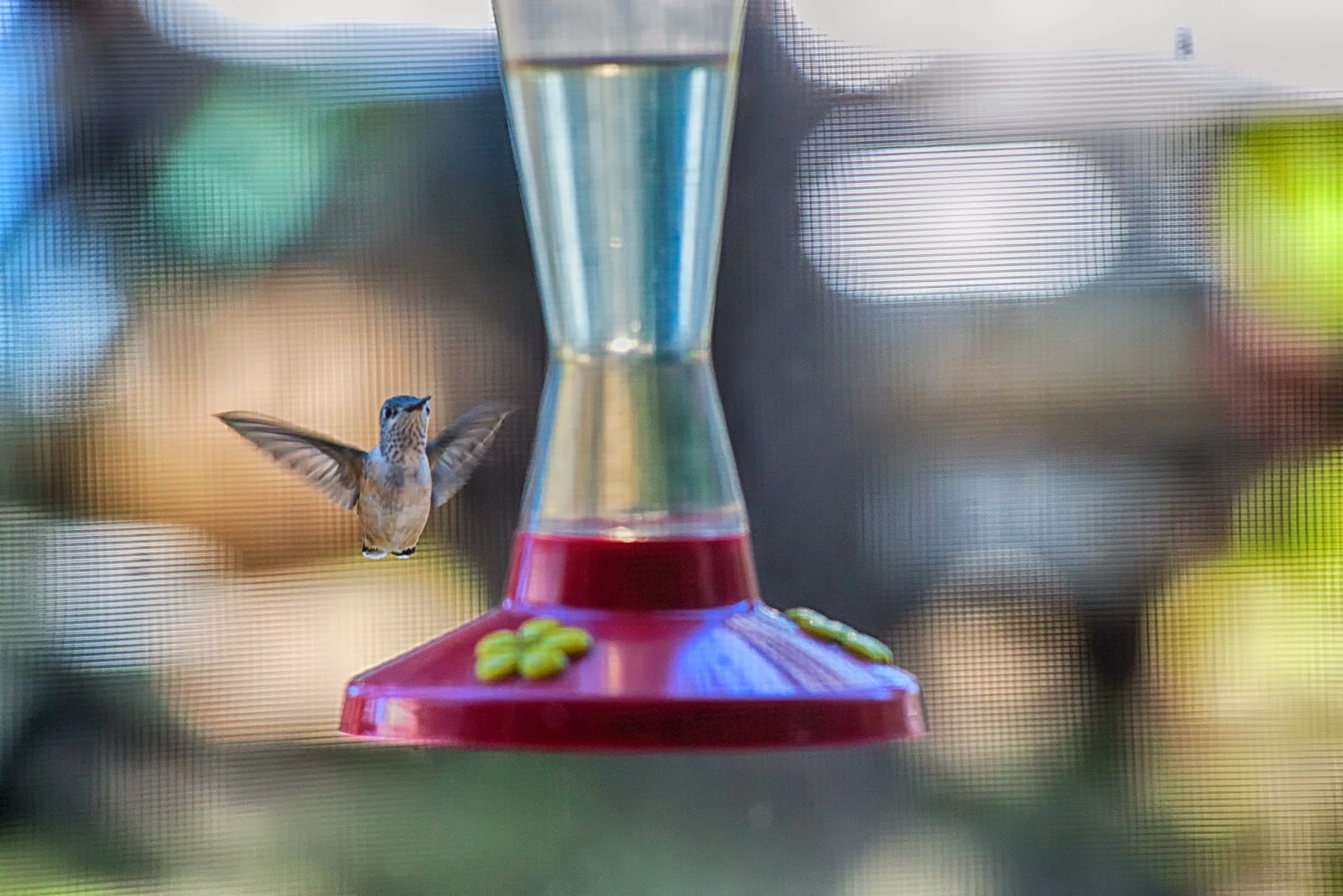 But I hadn't even got into the programs that dealt with B&W and HDR.   So, I got out my camera, set the ISO really high (6400) And made a few images of my puppy. 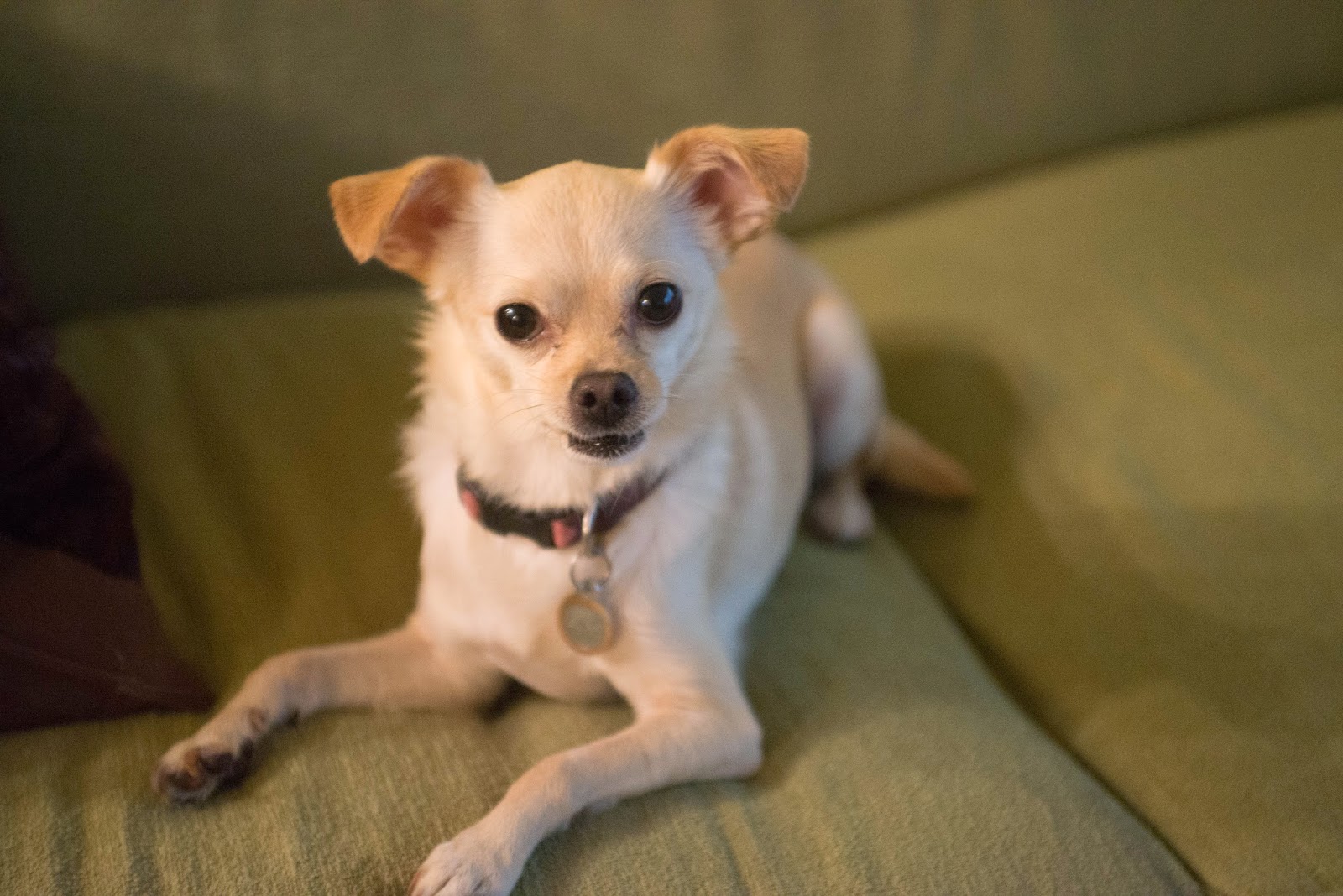 Now, she isn't sharp, and if you look at the shadow beneath her tail, and the dark part of the pillow,you will see a little noise.  This is very good for testing.  I opened the noise reduction and sharpening programs, and took care of the sharpness and the noise as much as the applications would allow.  Then I opened Silver Efex Pro... 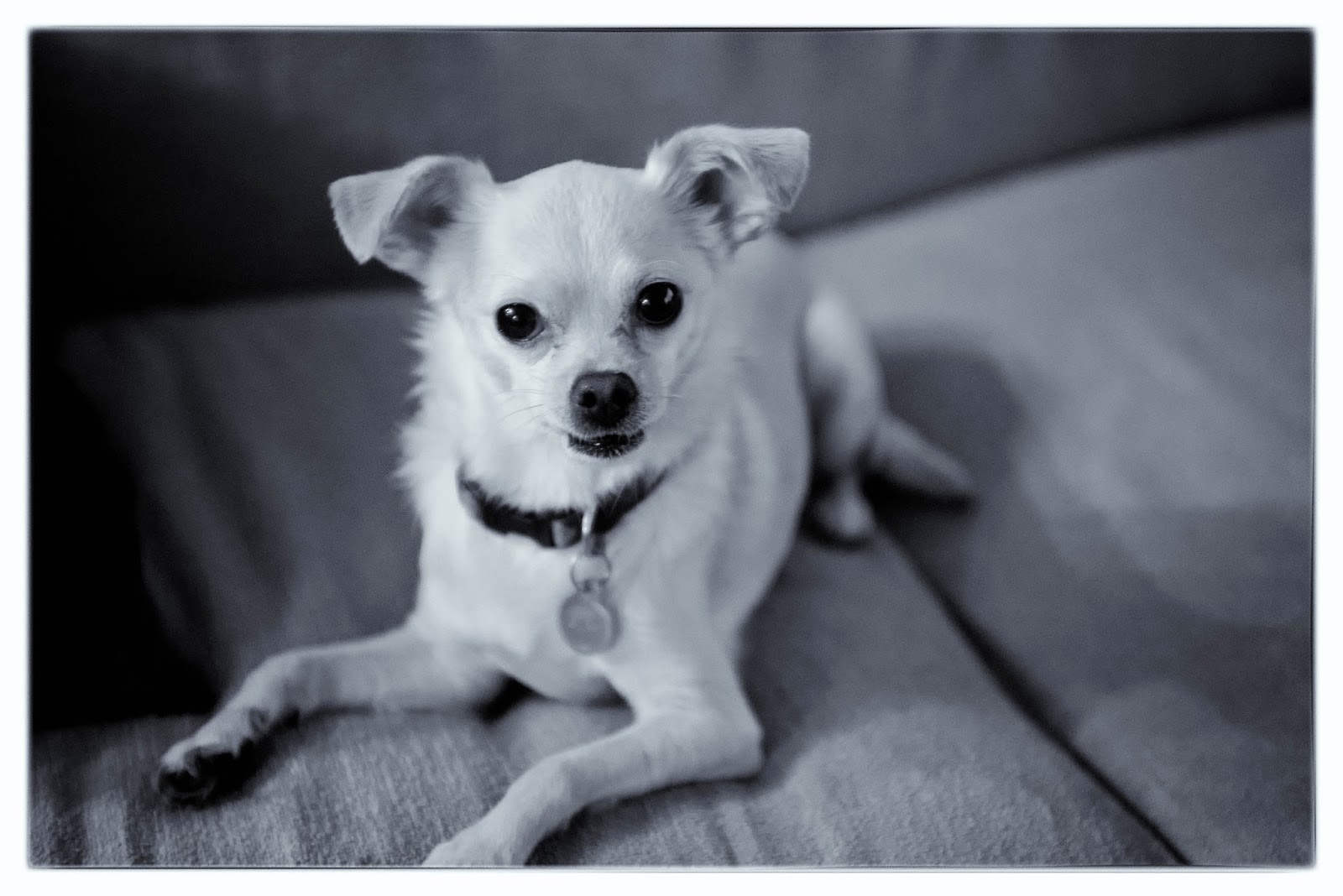 Now the first image is with a blue tint, called Selenium Tone, but it looks like strait cold toned RC Polycontrast F to me.  I even chose a film, T-Max 100, and did a little manipulation with the lights and darks.  This App is very cool, first there is Brightness, then Highlight Brightness, Midtone Brightness, Shadow Brightness, and then Dynamic Brightness.  In other words it's got a lot of controls.  I wanted to try it again, this time choosing T-Max 3200 in Film Types and a Coffee Tone that looks like Ektalure paper.  And the T-Max 3200 grain and contrast was spot on. 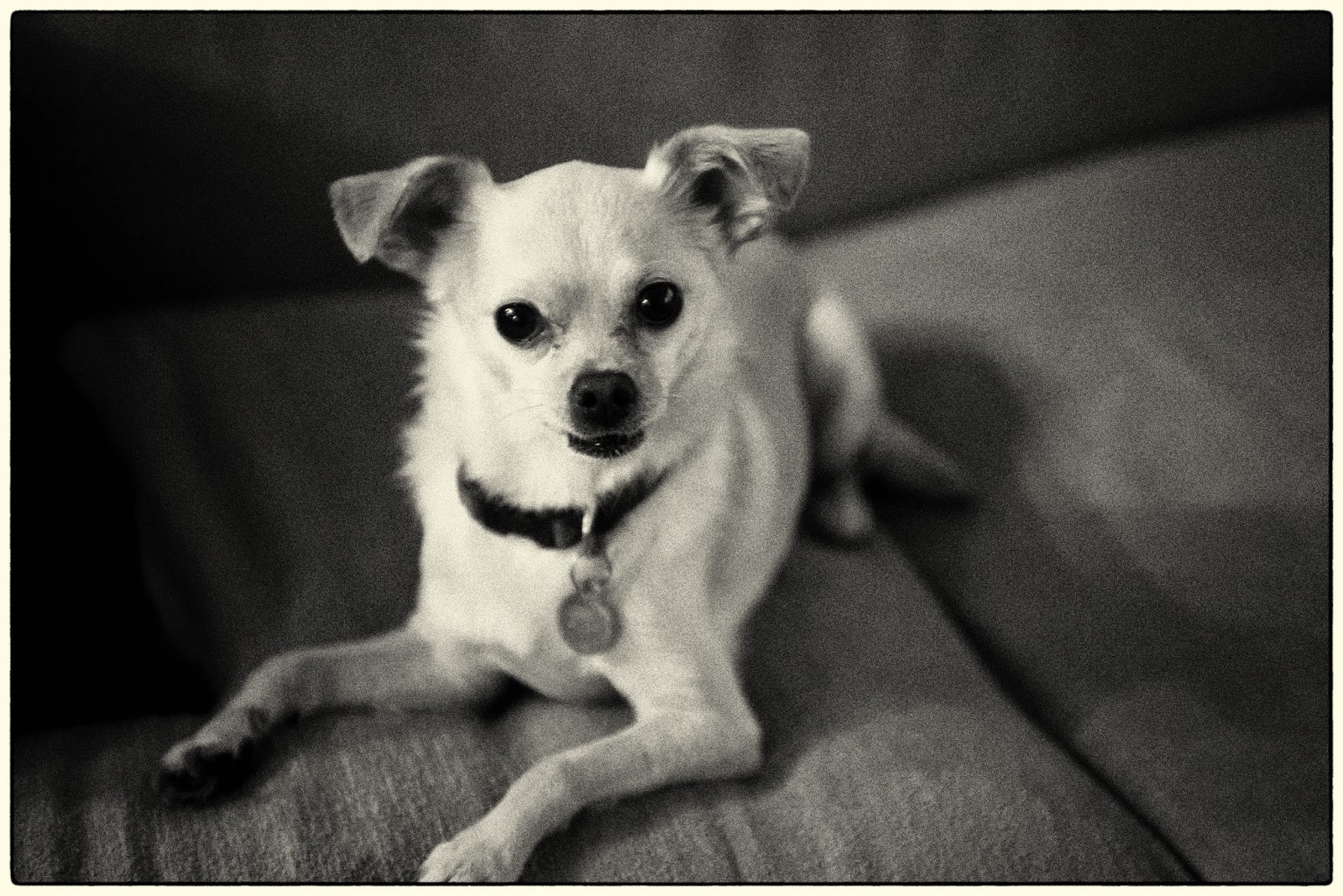 In Fact, I had to reduce the contrast a little.  Is it laid out a little too much like an iPhone photo app? Yes.  There is all these presets that I will seldom use, but, I haven't looked through them all yet...so, I don't really know.  Basically, I'm happy with all the applications in the collection I've tried so far.  Ill try the HDR tomorrow.
Posted by Brent Whitmire at 10:24 PM